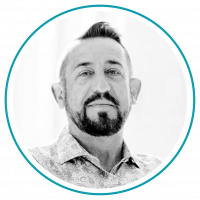 Hugo is an experienced trainer, lecturer and "go-to" industry specialist. It comes as no surprise that SARS appointed him to lecture on capital gains tax and worldwide taxation based on residency. In the last six years, he has presented at least once a quarter, for anyone of the many professional bodies he belongs to.

Based in Cape Town, he is proudly South African yet holds a United Emirates Residency permit, because of his UAE registered practice aimed at expats. Hugo's client base is global, includes intermediary firms, local and international financial institutions and often the powers to be at the professional regulatory bodies he belongs to.

Hugo was one of the first advisers able to assist South Africans living abroad, to emigrate and extract their retirement funds from South Africa formally, initially trading as FFI, after that TAXFORUM once upon a time being part of the emigration teams at Maitland, Cashkows (now FinGlobal) in Hermanus, Breytenbach Cross-Border Advisors (Cape Town) and more lately FNB's Fiduciary unit. The First Rand Bank stint was short yet a most exciting journey.

During 2018, providing advisory services using e-meetings and platforms were questioned. Yet, today in the Covid-19 era, Hugo's business model using online platforms became the norm. It is therefore not surprising that most his clients live outside South Africa and his in-depth understanding of the various double tax agreements, often leaves his foreign-based colleagues astounded. In South Africa, his local company provides much needed support and guidance to other small and medium-sized firms.

Events that was hosted by Hugo van Zyl