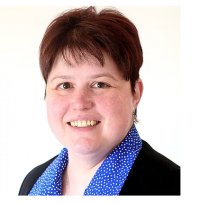 I completed my Chartered Secretary South African qualification whilst working for Deloitte during 1997 to 2001.

In 2001 I left Deloitte to join a local firm of Chartered Accountants and Auditors in Pietermaritzburg. I was promoted to financial manager and headed up the accounting practice covering Trusts, Close Corporations, Small Companies, Partnerships, Farmers and individuals. Wanting to pursue a career in tax, I left this firm in February 2014 and joined Ash, Hellberg and van Rooyen, another local Auditing Firm in Pietermaritzburg.

During my position as Tax Manager and heading up the entire tax practice I completed my HDip Tax and ADip Tax (Advanced Diploma in Tax Procedural Law) through Thomas Jefferson School of Law and passed both Diploma’s with distinction.

I started running my own tax practice in September 2016 specialising in Dispute Resolution, Trusts, and SARS compliance.

Events that was hosted by Mandy Graaf