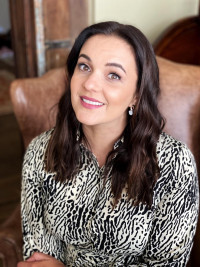 Suzanne completed her LL.B in 2007 at the University of Amsterdam in the Netherlands. After moving to London with her husband in 2008, she worked as an immigration consultant until they returned to South Africa in 2011. She served her articles at Van Zyl Le Roux Inc from August 2011 and was admitted as an attorney of the High Court of South Africa in January 2013.

She joined Ernst and Young in June 2013. During her time at Ernst and Young, Suzanne specialised in tax dispute resolution and was the Tax Account Leader for three corporate clients, including two leading multi-national companies and a domestic listed company. She completed her Masters in Law (with a specialisation in Tax Law) in 2015.

She joined Nubis.Tax in October 2019 as a tax specialist to achieve a work/life balance. She continues to specialise in cross-border tax and exchange control advisory matters, as well as tax dispute resolution. Suzanne is a Master Tax Practitioner and an active SAIT member. She serves on the Tax Administration and High-Net Worth Individual, Trust and Estate Planning Tax Technical Work Groups.

Events that was hosted by Suzanne Smit