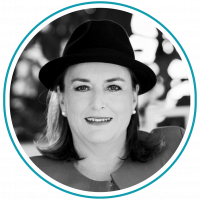 Martie is a CA(SA) and specialises in domestic and international corporate tax. Martie attended the Rand Afrikaans University where she obtained a B Comm (Accounting), B Comm (Hons) (Accounting with CTA) as well as H Dip (Tax Law) qualification. She also attended the University of Cape Town where she obtained a Masters in Taxation (International Tax) degree. She also obtained a Certificate in Financial Markets from the Academy of Financial Markets. She further obtained the Advanced Professional Certificate in International Taxation in April 2021 from the IBFD which is based in the Netherlands.

Martie was a part-time senior lecturer at the University of Cape Town, where she lectured the Masters of Taxation (South African Tax) course from July 2014 to September 2021. She is part of a panel of lecturers to provide in-house South African tax training for EY. She is also involved with the Tax Faculty’s international tax course.

She is an active member of The South African Institute of Chartered Accountants (SAICA) and have served on the SAICA Southern Region Tax Committee, the Integritax editorial panel (before the format of that publication changed) and the SAICA National Tax Committee. She currently serves on the Tax Chronicle Monthly publication editorial panel. Tax Chronicle Monthly is a published by SAIT. She is also a member of SAIT.

After completing her articles at Deloitte, she joined Middelburg Steel and Alloys (Pty) Ltd, now known as Columbus Stainless, where she held various positions including that of tax and treasury accountant. Some of the tax related projects she was involved in at that time included the change-over from the previous GST regime to the VAT regime as well as the preparation of the documentation and presentations made to the Government in terms of section 37E of the Income Tax Act, No 58 of 1962.

She joined SABMiller in October 1993 where she held the position of tax manager. The role included evaluating transactions which could have an impact on the tax charge of the company, tax planning, tax strategy management, managing the effective tax rate, submission of all tax returns, consulting with SARS and consulting with the office of the Department of Finance with regards to excise matters.

She then joined the tax consulting department of Ernst & Young in August 1999, where she held the position of senior manager, focusing on corporate tax. Here she focused on the financial services industry and application of the corporate rules.

She is also on the panel of Caveat Legal which comprises a panel of independent advisors and an independent consultant to Themis Law Chambers and Hayes Incorporated.

Events that was hosted by Martie Foster